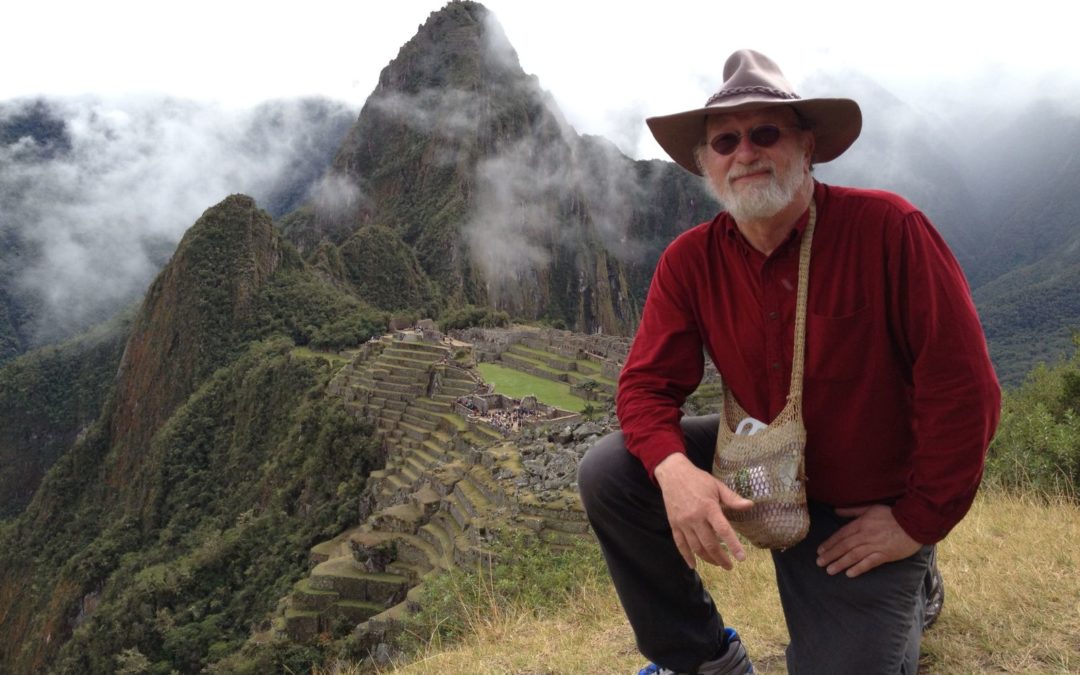 Dennis McKenna is an American ethnopharmacologist, research pharmacognosist, lecturer and author. He is a founding board member and the director of ethnopharmacology at the Heffter Research Institute, a non-profit organization concerned with the investigation of the potential therapeutic uses of psychedelic medicines. Dennis also serves on the Advisory Board of the American Botanical Council; as Founder and Executive Director for the Institute for Natural Products Research; as an Independent Research Consultant to the Phytomedicine and Nutraceutical Industry; was formerly on the Editorial Board of Phytomedicine, International Journal of Phytotherapy and Phytopharmacology; and is an adjunct professor in the Center for Spirituality and Healing at the University of Minnesota. In that role, he has taught graduate courses in Botanical Medicines and Ethnopharmacology and an inter-session ‘intensive’ in Hawaii each January called Plants in Human Affairs. He has also taught summer field courses in Ecuador for the University of Arizona, and courses in the Amazon and Andes for Pharmacy doctoral students at the University of Kansas and the Albany College of Pharmacy and Health Sciences. In the last couple of years Dr. McKenna has taken a break from regular teaching duties to focus on other activities.

Dr. McKenna received his Master’s Degree in Botany from the University of Hawaii in 1979, his Ph.D. in Botanical Sciences from the University of British Columbia in 1984, and continued into post-doctoral research fellowships in the Laboratory of Clinical Pharmacology, National Institute of Mental Health (NIMH), and in the Department of Neurology, Stanford University School of Medicine. His research has included the pharmacology, botany, and chemistry of ayahuasca and oo-koo-hé. He has also conducted extensive ethnobotanical fieldwork in the Peruvian, Colombian, and Brazilian Amazon. In 1992-93, he organized and was co-investigator on the Hoasca Project – a biomedical investigation of sacramental ayahuasca use among the members of the UDV, a Brazilian religious sect that utilizes ayahuasca in their religious practices. From 2004-2008, he was Principal Investigator on a project to investigate Amazonian ethnomedicnes as potential treatments for cognitive deficits in dementias and schizophrenia funded by the Stanley Medical Research Institute. In 2010, he served as co-Principal Investigator for the Botanical Dimensions/UNAP Digital Herbarium Project, a three-year project to scan and digitize the 100,000+ specimens in the AMAZ Herbarium at the Universidada Nacional de la Amazonía Peruana (UNAP) in Iquitos, Peru.

McKenna’s research led to the development of natural products for the Aveda Corporation, as well as greater awareness of natural products and medicines. He has authored or co-authored over 50 peer-reviewed scientific papers and written books, including “The Brotherhood of the Screaming Abyss: My Life with Terence McKenna”, and co-author of “The Invisible Landscape” with his brother Terence. His publications have appeared in the Journal of Ethnopharmacology, European Journal of Pharmacology, Brain Research, Journal of Neuroscience, Journal of Neurochemistry, Economic Botany, Alternative and Complementary Therapies, and elsewhere.

Dr. McKenna and two colleagues are co-authors of a widely recognized reference work on herbal medicines, titled “Botanical Medicines: the Desk Reference for Major Herbal Supplements”. During the early 1970s McKenna developed a technique for cultivating psilocybin mushrooms and, in collaboration with his brother Terence, published a small book entitled “Psilocybin – Magic Mushroom Grower’s Guide” under the pseudonyms O.N. Oeric and O.T. Oss. This simple and reliable method for cultivating psilocybin mushrooms at home placed the visionary realms of psilocybin within reach of millions.