Daily Standup 03 – Elon Musk vs Bill Gates, All-in-One Podcast & Everything Everywhere All At Once Movie 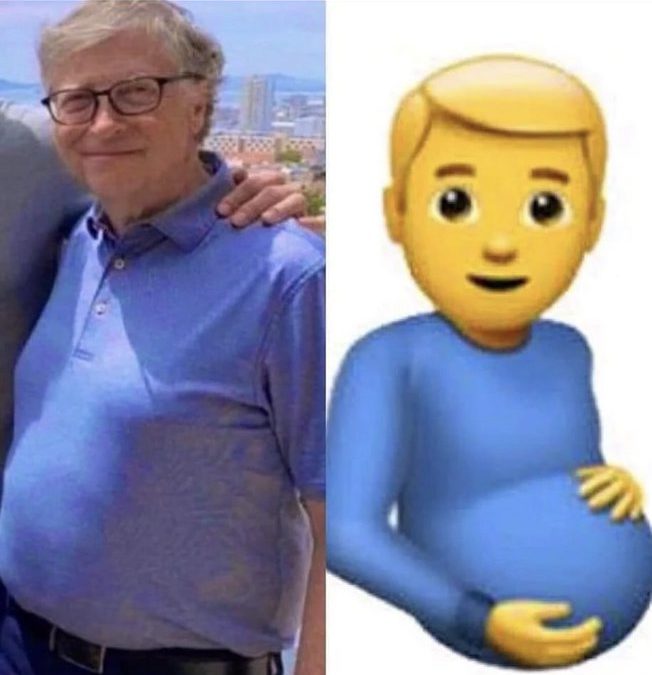 Speak With Tyler Bryden
Daily Standup 03 - Elon Musk vs Bill Gates, All-in-One Podcast & Everything Everywhere All At Once Movie

– Everything Everywhere All At Once (Movie)

Hello Tyler Bryden here, appreciate you checking this out. It is a Saturday. I woke up this morning. I said I don’t know if I’m going to do this, but after some tea energy a little bit of Twitter scrolling, I think I’ve got enough things that are interesting to talk about and let’s jump into right into it. So first one, this is all the rage going on on Twitter right now.

Apologize for anyone who sees this too early. So Elon Musk tweets in case you need to lose a boner fast. He has a picture of Bill Gates. A pregnant man emoji and you know what’s what’s I mean? This is obviously what the what the hell is going on here, but there’s a very interesting back story to this which is.

Basically, Bill Gates has set up a short, apparently a 500 million short on Tesla, and these series of texts were released which sort of showed a conversation between Elon and Bill and Bill’s. Wants to have some support from Elon for climate change, initiative, and Elon just asks him. Do you still have a short on on this on my company and and Bill says yes, he hasn’t. Hasn’t closed it out so a lot of people you know up in arms about this because Bill has advocated for climate change, nuclear energy and people just sort of sharing, you know, is this a very? Is this a hypocritical stance to take?

You know why are you shorting a company that has driven the adoption of green energy? A significantly so this is an interesting thing to follow. Lots of the old Twitter blow up on this and you know, sometimes you don’t want to get involved in some of this, but when things you know things like this, this sort of big and interesting at this kind of levels, half a billion dollars you start to pay attention and and and start to notice. So that’s that. I’ll see what comes out of this pretty open transparent conversation from Elon on it.

Bill Gates is known to be a little bit more quiet, so I’m not sure what will we’ll come out of this, but I’m sure there’s a lot of people scrambling. And not very happy right now. And definitely an interesting thread to to check out. So the other part I wanted to just hop into, which is basically what is for for myself, a weekly watch. And it was my friend Vatsal.

It’s CTOS, PKI, who originally pushed me on to this. Jason Calacanis who runs this week in startups, brought together the sort of power team four of them into a podcast that’s gets. Shared generally, every I mean generally Friday, Saturday morning kind of thing and you know, there’s some people with some big perspectives. Macroeconomics perspectives, sort of, doing analysis, sharing insights. And, you know, learning and sharing together. And you know, there’s definitely some different opinions around this group of four people.

So very interesting. Watch if you’re interested in some of the stuff that personally I’m sharing right now and just sort of conversations with the lens of economy. Startups technology. Then you know the really interesting watch that I can recommend and you can see this week they had Coinbase CEO Brian Armstrong. So good watch and then I got one other thing quickly.

I’ll tap into here which was a movie I watched last night. So first went to this wambai party. Really appreciate you guys. Hosting this event was like 100 people there. I think I shared a picture on Instagram and it was just so great to see some people in the tech community in Toronto having fun having a good time.

Really enjoyed it. They’re opening up that space. Congratulations on the continued progress, the success, and for anyone who doesn’t know Wombo have built some. I would say they’re working on generative modeling, so some sort of. They didn’t started with some lip syncing applications and then the Deep dream application that allowed you to, you know, do a text prop and then render beautiful images and those those applications have reached over like 50 million downloads on Android and iOS I believe.

So I talked to one of the people on the team there and really interesting. The statement was how can we be better than Dolly and so that’s an ambitious Dr that they have wishing them the best of luck. And I I really do believe in the power of generative modeling. And just the you know, the power that can come from giving people this creative potential, unleashing it through the power of AI and letting people do things that they were never capable of before. So that’s really exciting to me.

And then the next part that I was there for a bit and we’re like, alright. We got to go now what do we want to do? Been here and just rave reviews about this movie and. And so we’re like, alright, we gotta gotta go check this out went and saw it and it’s just a mind bending. Wonderful wonderful time. I mean, even from these pictures you could see some randomness is happening.

But sort of this exploration through the multiverse without Marvel characters, which is to be honest, fantastic and and just it’s just a roller coaster including moments where you think the movie is over and it’s not and you know, they just really had you like on strings the entire movie. And you don’t always get. You don’t generally see just I my stack for reviews. If something is worth my worth, my time is like you know above 8 on IMDb and then above 85 Google user reviews across the boards. This is positive and I I just really enjoy this movie so much.

So if you’re interested in something it’s got sort of these. I would say matrix Interstellar, a lot of comedy, some like some just all out laughs in this movie. Really, really enjoyable watch. So if you watch it, let me know. I’m sort of still doing the post processing of everything because there’s definitely some emotional hard hitting sort of moments and scenes in it, and some underlying themes in the movie that I think are really beautiful and important in today’s day and age.

So just a quick reflection. I’m at 6 minutes here, so this one will be a bit shorter, but did a couple daily standups this week and. You know you put yourself in this bubble sometimes of. You know, wake up every day you know start sending out emails you know doing sort of these day-to-day things that you’re not necessarily gliding through or drifting through, but you’re you know, sometimes you lose that intentionality, and you know, for me, it was just a little bit of a pattern disruption. This week. Tyler, can you force yourself to?

Do, you know, just even a quick video with some things that you’re interested in that you think that maybe other people are interested in. And what I’m really happy, you know, it is just to see. Just some response to that, so anyone who commented or sent me a message, I really do appreciate that. I heard from some people I hadn’t heard from 5/10 plus years, just interested in some of the stuff that that I was talking about. Whether it’s interest, rate or economy or startups.

Whatever, it wasn’t even some people sort of resharing this content so that really does mean a lot. I’m trying to. Do my best to create something that’s valuable and worthwhile. I know I’m not doing any sort of fancy editing or cutting or anything like that. You know, you just do the best in sort of the the the capacity and the time limits that you have.

So I’m going to continue this. Do not expect anyone to watch all these videos. Listen to all this, it’s more just a practice for myself, a consistency that I hope to dial in again. Didn’t know if I was going to do it on weekends or what that exactly looks like, but I’m trying to do the best I can. To to continue forward and build that regimen.

Some of the best people I’ve seen who have built success over the long term. They stay with something. You know repeatedly dedicating to it whether you know it gets engagement, whether it does not, and that’s something that I’m I’m willing to do. So thank you so much. I really do appreciate all the support, and I hope you have a great rest of the day.

Great weekend and look forward to another great week ahead with you, bye.